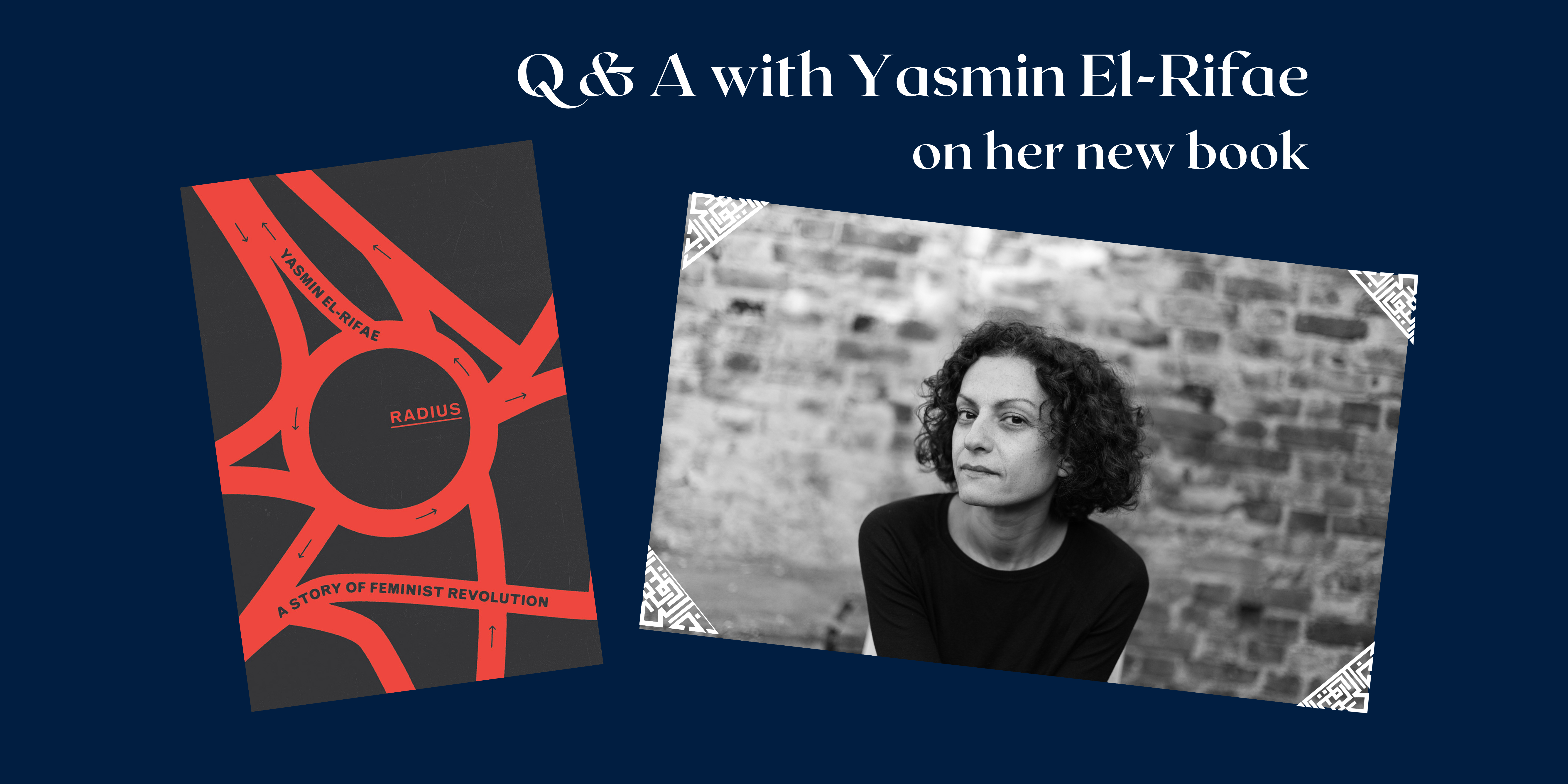 Yasmin El-Rifae is a London-based writer and editor (previously with independent newspaper Mada Masr in Cairo), and also co-producer of the Palestine Festival of Literature. In October, El-Rifae discussed her new book, Radius: A Story of Feminist Revolution (Verso Books, 2022), at an hosted by CCAS in partnership with Georgetown’s Department of Arabic and Islamic Studies. Radius offers a narrative history of Opantish (Operation Anti-Sexual Harassment) a militant feminist group that formed during the Egyptian Revolution. In 2012, the joyful hopes of the democratic revolution were tempered by revelations of mass sexual assault in Tahrir Square in Cairo, the revolution’s symbolic birthplace. El-Rifae’s book recounts the story of the women and men who formed Opantish during these final, chaotic months of Egypt’s revolution. Opantish deployed hundreds of volunteers, scouts, rescue teams, and getaway drivers to intervene in the spiraling cases of sexual violence against women protesters. These volunteers often fought their way into circles of men to pull the woman at the center to safety, risking assault themselves.

Tait: What inspired you to write Radius? What was your research and writing process?

El-Rifae: I wrote it to capture and make sense of the experience of Opantish, which had been extreme, and potentially transformative on the individual level. I wanted to understand and learn more about how others had lived it, and its aftermath, and so I began interviewing other organizers and volunteers. I had moved to New York after the 2013 coup in Cairo, and that’s where I began writing. I would record interviews with people on visits back to Cairo (mostly, some interviews took place in other cities). The writing took several years; it took time to find a form that allowed multivocality but felt held together by the story, as well as integrating my own experience and reflections without holding the central narrative voice of the events.

Tait: Thinking broadly, in what ways does the compilation of stories impact historical narratives?

El-Rifae: If “history” is written/told by those who’ve ended up with power, then we have to look to the margins, to the subterranean and to the quieter areas for different and more varied accounts of different times/events. It’s not that simply telling or finding those other stories will impact or reshape the mainstream narratives, but they are crucial for those of us who are already unsatisfied by the mainstream.

Tait: As an activist and writer, what lessons do you hope future generations in Egypt and globally take away from the experiences presented in your book?

El-Rifae: That people aren’t intrinsically good or bad—it’s only a question of how we behave towards one another in different circumstances. Do we come together, care for one another? Or do we join in harming one another, whether overtly, or by participating without pause or question in systems that are ultimately harmful for others? I guess the bigger takeaway from Opantish for me is about how profoundly we impact, steer, and shape one another all the time, whether we are conscious of it or not.

Coco Tait is the CCAS Events and Program Manager.