Title: Researching the History of a Family Dynasty 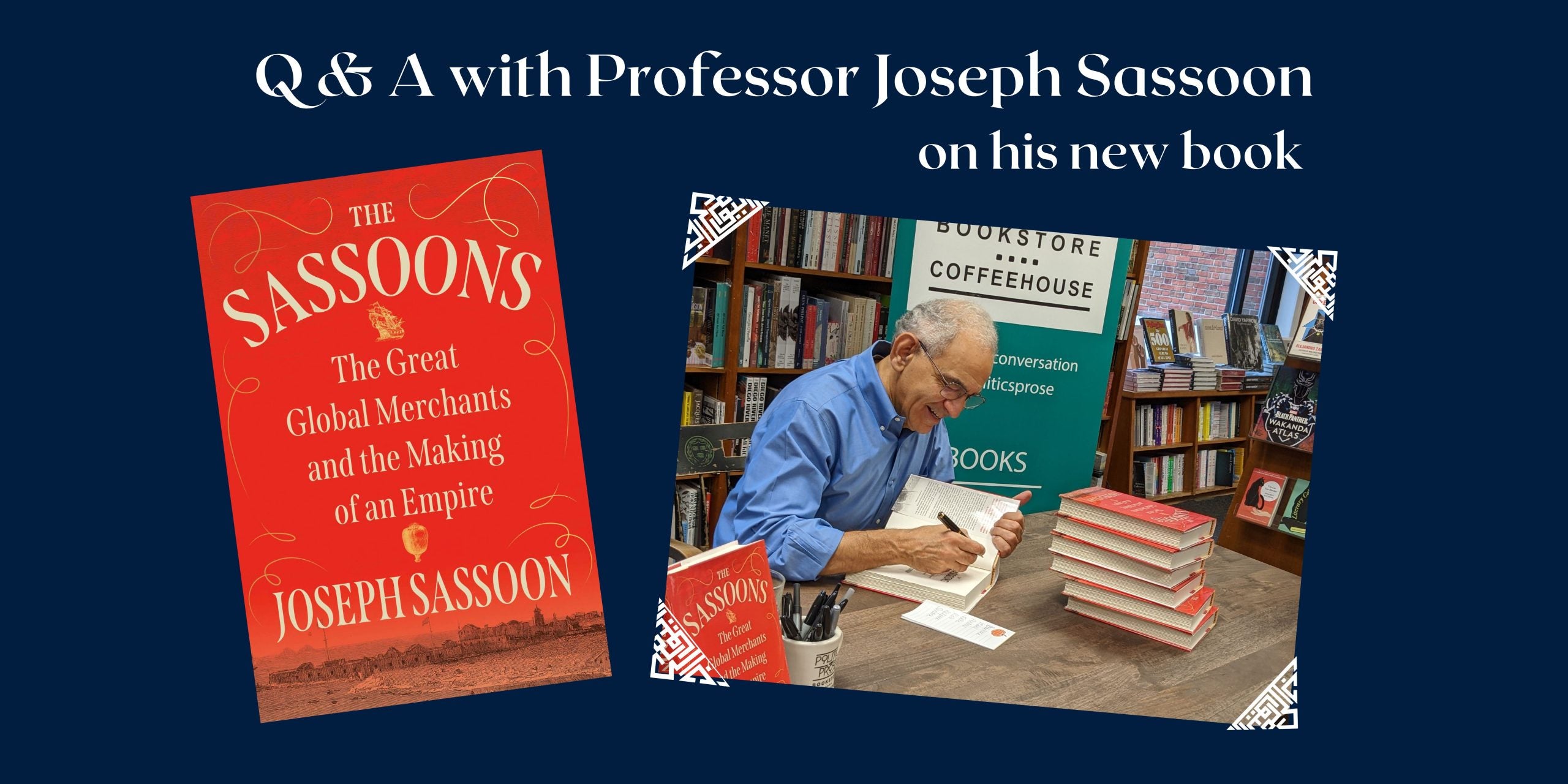 Q &A with Joseph Sassoon

CCAS Director Joseph Sassoon’s book, The Sassoons: The Great Global Merchants and the Making of an Empire (Penguin Random House, 2022), traces the rise and fall of the Jewish Baghdadi Sassoon family—”the Rothschilds of the East”—who built a vast empire through global finance and trade and became one of the world’s richest families of the 19th and 20th centuries. Professor Sassoon discusses his research process below.

What was your research process for your book?

I spent a lot of time in archives—the British Archives, Ottoman Archives, Indian National Archives, Shanghai Municipal Archives, National Library of Israel, and private collections such as the Rothschild Archive. Then, as I was beginning to write I read a book by the great historian, Robert Carro. He said that there are 42 million documents in the Lyndon Johnson Presidential Archive, but when writing his book on Johnson he made a point of going to the places that the archives talk about. It suddenly hit me that I should go and see what I was researching. I visited the Sassoons’ houses in India, in China, in Britain. It gave me a much better perspective because when you’re writing, for example, about someone hosting a party for 1100 people, it’s hard to imagine that many people in a house. But then when you go and see it with your own eyes and stand at the veranda where they stood then suddenly it becomes clear.

In researching a story that spans multiple continents, time periods, characters, and industries, how did you decide what to focus on?

That was really tough. Originally, I wrote the first three chapters thematically. I sent them to my editor, and he basically said, “This is not going to work.” He wanted me to write chronologically. I was upset, but he won the argument and, in the end, was one hundred percent correct. It would have been impossible to write the book thematically without driving the reader crazy because—jumping back and forth across 150 years to talk about cotton, opium, famine, or other themes. We decided to focus on six main characters, and they helped move the story along in 15-20 year increments. With this structure, each chapter had almost a beginning, a middle, and an end of its own.

Are there any historical characters who particularly intrigued you?

David’s great-granddaughter, Flora (or Farha). After her husband died in 1894, she took over his business, becoming the first woman global CEO. There were many matriarchs in Europe and the United States, but not CEOs who were running a global business, day in day out, with that kind of complexity. There was not much written about Farha before—a little bit in a journalistic book on the Sassoons, though mostly about her as a hostess or her gift with languages. But when I spent time in the archives, I realized Farha was a huge part of the story. She created organizational systems for business dealings and introduced innovations like risk analysis of exposure to currencies and loans. The story becomes very upsetting when you start seeing all the men in the family conspiring and trying to push her out because she was so capable—almost too capable for them. They couldn’t fathom how she could be that successful.

What was one of the biggest challenges of writing your book?

Deciphering their handwriting took a long time and was very arduous. Most of the family’s business correspondence was written in a Baghdadi Jewish dialect—it was Arabic, but a very specific vernacular, using Hebrew letters. It was like deciphering three languages, plus some Persian and Ottoman words mixed in. Even more problematic was the lack of paragraphs or bullet points. You’re reading two lines about cotton and suddenly it changes to silk and throws you off. You think, “Wait a second, I thought we were discussing cotton in India…why are we talking now about silk in France?” It makes it difficult to follow their thinking. Only when we get to Farha does this change. She insists that she wants bullet points in business correspondence, and next to each one an action item—that was just one of the innovations she introduced.