Title: Our Living Archives, Our Elders 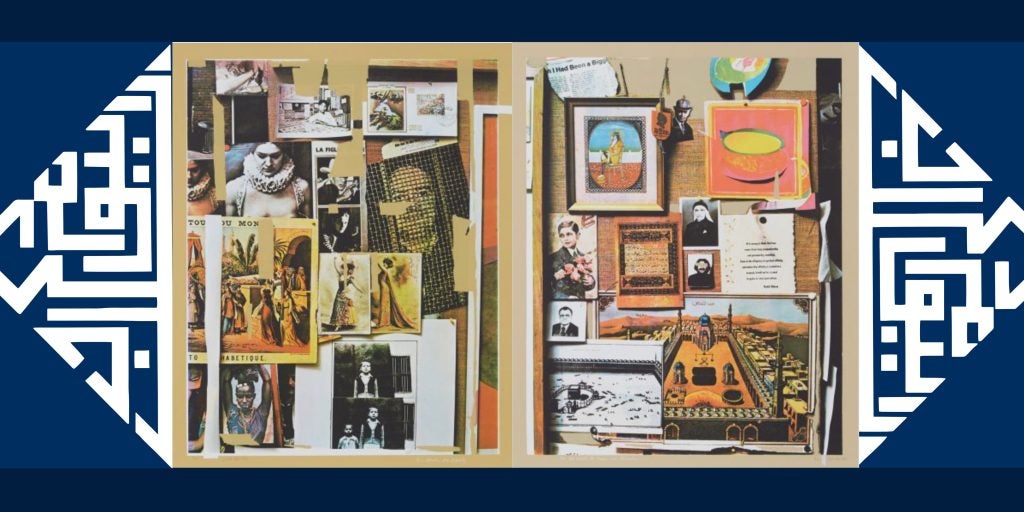 When Samar and Laila met in 2006 during their undergraduate studies at George Mason University, they quickly discovered their shared Palestinian heritage. Samar, a Jordanian-Palestinian born in Kuwait, moved from Jordan to the United States in 2004 to pursue her studies. Laila, a Palestinian-American, was born in Geneva, Switzerland, and grew up in Virginia. Since Laila’s family lived close by and Samar was far from home, Laila invited her new friend—as per Arab hospitality—for a home-cooked meal to meet her family. Over dinner, Laila’s grandmother, teta Najwa Abdel-Hadi, the matriarch of the family, occupied the central seat facing Samar and started questioning her guest about her family and grandparents, a custom that every Palestinian grandma follows when meeting friends of grandchildren. “My grandma is from the Ramini family in Jenin and my grandfather is from the Askary family in Jerusalem,” Samar said. Najwa opened her eyes widely and shouted, “inti sittik Fatimah Ramini?” Is your grandmother Fatimah Al-Ramini? Samar, surprised, answered: “yes, you know her?” To which Najwa responded: “Of course, I do. And I know her sisters. We were teachers!”

This discovery of their shared past turned the conversation to storytelling by teta Najwa who began sharing with the two friends her story of growing up in Nablus, the family home where she spent her days, the streets she walked, the places she picnicked with friends, her journey as a teacher, and her travels. Some of the stories were familiar to her granddaughter Laila, while others were new. Najwa shared with them her golden rules about friendships and marriage—the latter of which she referred to as the “golden cage.” Najwa reminisced about Palestine, a place from which she still recalls her favorite memories despite not having lived there since the 1960s.

As Samar and Laila devoured Najwa’s delicious maqloubeh, they learned about their own histories, cultures, family connections, and love. During that moment, Najwa served as an animated, living archive and as a transmitter to a past Palestine that Samar had never visited (at the time) and that Laila had yearned to visit as an adult, having heard teta Najwa’s stories since childhood. In that moment, she was their shared connection to a past and a place they knew little about.

For Samar and Laila, the elderly women in their families, like Najwa, were instrumental in shaping their understanding of Palestine and its history, and in fostering their sense of belonging and commitment to Palestine. It was through their grandmothers that they learned about the social histories of Jenin and Nablus, where their grandmothers grew up, and how their generation lived their daily lives. They learned how their ancestors managed to flourish, despite the hardships and struggles they had encountered living under British and Israeli colonialism.

For Samar, it was through her grandma’s sister, teta Nihad Al-Ramini, that she learned about the different roles women played in resisting and fighting Israel’s colonialism, and the importance of remembering, narrating, and documenting the history of Palestine in the face of Israel’s appropriation of its culture, food and dress, and the systematic erasure of its history. Nihad was born in Arrabeh, southwest of Jenin to Safiyah al-Qaysi and Mohammed Ramini in 1931.

Nihad’s father passed away when she was young, and her mother became the authoritative figure in their household. Safiyah was strong and wise and a hard worker who passed these traits on to her daughters. Nihad, who never married, had a long career of fifty-five years as a principal of the Arraba Secondary Girls School. She educated and mentored generations of Palestinian women, referring to them as ‘banati’—my girls. In the 1970s, the Israeli Occupation Forces (IOF) sprayed the playgrounds of the school with an unknown poisonous chemical that rendered some of her students unconscious. Nihad spoke to the media about what happened and, as a result, was called in for interrogation by the IOF.

Nihad was an educator and a fighter. She was imprisoned, beaten, and eventually exiled from her homeland because of her influence and resistance. Jordan became her home in 1980, but she continued to visit Jenin whenever she could.Every time Samar would visit her great-aunt Nihad in her tiny, cozy apartment in Amman, Nihad would greet her with stories about Palestine, details about her home in Jenin, the students she taught, the women she mobilized with, and the fighters she hid in her home when the Israeli Defense Forces would invade Jenin. She would share the poetry she had written commemorating the lives of Palestinian martyrs. For Nihad, it was important to remember the mundane and the ordinary people who sacrificed their lives for Palestine yet are rarely remembered.

Samar’s knowledge of Palestine and her sense of belonging and attachment to a land she was deprived of first began with Nihad’s stories, long before Samar read books on Palestine or visited her homeland. Nihad passed away before Samar understood the importance of documenting the life histories of the elderly. And yet, Nihad’s story continues to live on through her great-niece, just as history has traditionally been passed down—orally.

For Laila, it was through her grandmother Najwa that she developed her identity as a Palestinian and Nabulsia in the diaspora and learned about the history of the Ottoman Empire and British and Israeli colonialism. Since the age of seven, Laila grew up living in the same house as  Najwa and was exposed on a daily basis to Palestinian culture through teta’s stories, the delicious food she prepared for the family each day, and Najwa’s precious photo albums documenting her earlier life in Palestine—photos with the power to transport Laila into the final years of the Ottoman Empire, life in Palestine under British rule and the early years of the Nakba. It was over the dinner table and at bedtime that Laila learned that Najwa, born in Jordan in 1934, was the eldest child of a former finance manager who worked in Al-Salt under the Ottoman Empire and an Arabized Turkish woman whose family stayed in Jordan following the Empire’s fall. After being orphaned at age seven, Najwa was brought, along with her brothers Hassan and Thabet, to live with relatives on the family estate in Nablus’ old city. It was here that she spent the remainder of her childhood and adolescent days going to the local bookstore, picnicking with friends at a farm in the valley, and taking field trips to Lake Tabariyyah. Najwa attended one of only four high schools for women in Mandate Palestine at the time. Under the instruction of strong Palestinian female teachers, she  learned not only world history and Shakespeare, but also how to dress and be self-reliant. It was in Nablus, a city with no electricity, that Najwa learned about the Nakba through the Palestinian refugees who made themselves a new home in the diwan of her family estate. Upon graduating in 1952, Najwa became a teacher at UNRWA schools, working in Nablus and Jerusalem. She later lived in both Saudi Arabia and Kuwait briefly, before ultimately settling in Cairo, where—during Jamal Abdel Nasser’s era—she once again lived through watershed historical moments. Najwa earned both bachelor’s and master’s degrees from the American University in Cairo and co-founded with other Palestinian diaspora women, Dar al Falastinia, an organization that supported newly settled Palestinian families in Egypt. Najwa was, and still is, an example of why our elders’ stories are so important to record.

Documenting stories like Nihad’s and Najwa’s, and those of other Palestinian elders, is an important corrective to widespread cultural erasure. With the destruction, theft, and loss of Palestine’s traditional archives due to Israel’s colonization and wars, these elders serve as living archives. They are eyewitnesses to history who can provide insight into socio-political events and economic changes that we can only read about in books—if we can read about them at all. They can tell us another side of history—one of resilience, agency, and hope—through the songs they loved and danced to, the political parties they joined, the schools and universities they attended, the journeys they made, the labor they provided, and the dishes they cooked and loved. Their memories, and their heritage, then become part of the stories of the next generation.

Najwa’s and Nihad’s relationships with their granddaughter and great-niece demonstrate the importance of intergenerational bonds and storytelling. They also demonstrate why Palestinians in the diaspora, like Samar and Laila, identify so strongly with being Palestinian, even if they’ve never had the chance to live in their ancestral homeland. And yet Samar and Laila’s stories are not unique. Palestinians across the diaspora share similar trajectories of exile, isolation, and fragmentation. In such a context of settler colonialism and its multi-generational impacts, oral history can provide a way for those who have been deprived of their homeland to garner a sense of belonging. Thus, in the Palestinian context, it is our imperative duty to document the repositories of memories, stories, and lessons our elders carry—not just for the sake of history but as a step toward recovering and preserving for future generations a shared heritage and belonging that might otherwise be lost.

Laila Jadallah is a student in the MAAS program (’23) and is an independent curator and the Director of Programs at the Qatar America Institute for Culture. Samar Saeed is a graduate of the MAAS program (’19) and a PhD candidate at the Department of History at Georgetown.