Title: New Approaches to Oral Histories in the Arab World

Revolutionary projects across the region demonstrate the power of oral history to give voice to once-silenced communities and to capture history as remembered by those who lived it.

In a region known for oral traditions, epic ballads and folktales passed down for decades before being written, historians, anthropologists and activists in the MENA are discovering new challenges and opportunities in the multi-disciplinary field of oral history. Some are looking to decolonialize and democratize the archive, some are documenting experiences of war and social transformation, others are gathering stories as intangible historical artifacts in the absence of written records. Oral history projects are contributing to complex and nuanced narratives from Sudan to Yemen to Iraq, while strengthening connections with diasporic communities.

Digital technologies have expanded possibilities for recording, archiving and transcribing interviews with Palestinian nakbah survivors, Nubians constructing new identities, and Syrians fleeing a war zone. The days of dusty audiotapes stored in private archives, or left in closets after dissertations are done, are shifting. Histories of Egyptian Copts and Lebanese Jews are being shared on the internet, and first-person accounts of slavery and servitude in the Arab Gulf are making their way into museum exhibits. As oral history practices become more popular across the Arab world, from the archives to NGOs to student research projects, what are the challenges and risks from the digital space and how will they be considered?

What began in the 1970s with the intrepid work of anthropologists and folklorists like Rosemary Sayigh and Sharif Kanaanah, who believed in the power of people’s voices

and their abilities to make meaning of their own experiences, has led to a plethora of Palestinian archival collections and participatory research projects. Thousands of hours of first-person testimonies have been recorded for The Palestinian Oral History Archive, The Palestinian Museum, the Oral History Department at Islamic University in Gaza, and the “Palestine Remembered” website. The list goes on. These archival projects give Palestinian refugees “permission to narrate”, and a chance to preserve their memories for future generations.

In Libya and Algeria, two very different oral history projects have recently documented long-hidden forced migrations and genocide by colonial armies. In the words of Ali Ahmidah, who spent over a decade recording the poetry and memories of Libyan survivors of Italian fascism, “why should we assume the archive has facts? It reflects certain secrets of a state, a certain narrative, a certain language… the fact that we can’t find something doesn’t mean that we cannot do history or analyze institutions or tragedies like genocide.”

The film In Mansourah, You Separated Us, emerged from MAAS alum Dorothée Myriam Kellou’s struggle to find primary sources for a thesis exploring her heritage. Interviews with her father and other Mansourah natives led to a creative documentary project exposing the forced relocation of two million peasants and massacres during the Algerian war of independence. The film screened in Algeria and France, where it won festival awards and broke a 50-year silence of a history not written in books. Audience response was fully engaged, and the project will continue with an archive witnessing Maghribi uprootedness through videos, photos, and oral testimonies.

Artists and documentarians at a new Beirut-based NGO with pan-Arab ambitions, Al-Sharq, have conducted oral history interviews with Syrians on issues of culture, migration, identity and human rights. Their mission is “to strengthen the ability of citizens, residents and descendants of Arab world countries to hear and be heard…and to promote and strengthen pluralism and independent thought in the Arab world.”  They publish a bilingual Arabic-English web-zine,Tarikhi, and have created theater and short films based on the oral histories.

Collaborative partnerships are another feature of recent oral history work. The January 25 Revolution in Egypt sparked a much-expanded role for the American University of Cairo (AUC) library archives. Librarians and archivists, who were previously focused on oral histories of university personnel, launched the “University on the Square Project” to record history-in-the-making outside the campus gates. The biggest impact, according to Stephen Urgola, AUC archivist, “was expanding oral history initiatives, from the life of the university to the contemporary history of Egypt as a society and culture.”  This work continues to flourish, as the archives pursue internal and external collaborations with the goal of producing primary resources for researchers, faculty, and students on a range of topics.

Cairo is also home to one of the few archives of the history of women in the Arab world. The Women and Memory Forum was founded in 1995 to record women’s life stories, empower women’s rights groups, and to support feminist movements. One of their projects was a series of interviews with young women about ways in which their political participation influenced gender expectations in Egyptian society. After the Arab Spring, the Forum noticed a major flourishing of oral history projects in Arab countries. In 2015, they organized a conference about the challenges of creating gender sensitive archives in times of transition and change, and in situations of conflict.

How do we create an equitable historiography, inclusive of women, workers, peasants, the illiterate, the colonized and the oppressed? Making oral histories publicly accessible involves delicate balances of power between interviewer, interviewee and archive, issues of ethics, representation and agency. There are serious risks to vulnerable narrators from state authorities, retribution from family members, and many other unimagined circumstances. When the political situation changed abruptly in Egypt in 2013, the AUC archives decided to make all their recordings anonymous.

Historians in the MENA are finding many approaches to oral history.  More than a mere adjunct to written documents, oral histories underscore the ways that people who experienced history remember it, and how they choose to narrate what is significant from their own perspectives. At its best, oral history work can be a revolutionary and transformational process for both the interviewer and interviewee, as well as for those who will arrive later to make their own meanings of the narrative. 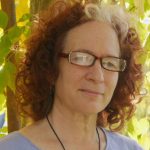 About Joan Mandell and Oral History at CCAS

Joan Mandell is a Detroit-based journalist, oral historian and documentary filmmaker.  Her films include, Gaza Ghetto: Portrait of a Palestinian Family and Tales from Arab Detroit. She was principal researcher and community curator for the Arab American National Museum oral history project, Patriots and Peacemakers. She teaches the course “Oral History and Documentary Filmmaking,” which will be offered at CCAS (as ARST 452) in spring 2023. Students will design and work on their own interview-based projects. The course will address issues of positionality and the ethics of representing the people whose stories we wish to record and share. Theoretical readings and presentations by practitioners from the MENA will inform discussions and assignments, and provide students a comparative approach from which to reflect on their own fieldwork and documentary practices.