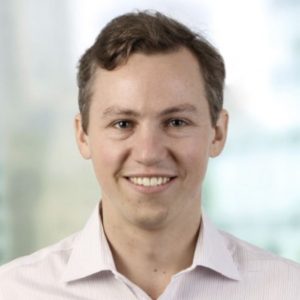 Last fall, CCAS was pleased to welcome our newest core faculty member, political scientist Dr. Killian Clarke. Assistant Professor Clarke’s research centers around protest, revolution, and regime change in the Middle East and beyond. He has written about the causes of Egypt’s 2011 revolution, protest and unrest in Syrian refugee camps, pro-democracy social movements in Egypt, and processes of democratization in the post-colonial world. His work has been published in the British Journal of Political Science, World Politics, Perspectives on Politics, Mediterranean Politics, and Comparative Politics. Dr. Clarke is currently writing a book on counterrevolution, which uses the case of Egypt’s 2013 coup and an original global dataset on counterrevolution to explain why some revolutionary governments are toppled by counterrevolutions whereas others go on to establish durable and long-lasting regimes. The graduate-level courses he is currently teaching for CCAS include “Comparative Politics of the Middle East” and “Revolutions in the Middle East.” Dr. Clarke earned his PhD from Princeton University and holds an MA in Middle Eastern Studies from NYU’s Hagop Kevorkian Center and a BA from Harvard University. Prior to joining CCAS, he was a Raphael Morrison Dorman Memorial Postdoctoral Fellow with the Weatherhead Scholars Program at Harvard University. He has kindly agreed to answer a few questions about his research and teaching.

CCAS: What are the key findings of your research and what can they tell us about why revolutionary regimes succeed or fail?

One of the more interesting findings from my research on counterrevolutions is that the nature of revolutionary resistance really dictates how resilient the new regime is and how likely it is to survive. If we think about some of the “classic” revolutions in modern history—the Bolshevik revolution, the Cuban revolution, the Chinese revolution, the Sandinista revolution—these regimes survived multiple counterrevolutionary challenges, many of which were quite well-armed or well-funded. And this pattern is actually representative of a broader trend. Revolutions involving violence and espousing radical ideologies tend to produce regimes that are far more durable and resistant to bottom-up challenges. This is not great news for unarmed, liberal revolutions, like the ones we saw during the Arab Spring. In fact, almost all the counterrevolutions in modern history have toppled revolutions like these. But my research also suggests that there are certain strategies and tactics that can help these regimes to survive—like keeping their coalition as unified as possible, cultivating foreign alliances, and responding to the economic and social grievances behind the revolution.

CCAS: What types of data do you use in your research?

I’m a big believer in mixed-methods research, especially when we’re trying to analyze complex social or political phenomena like revolutions. I’ve always used interviews in my research—I really think it’s essential if we’re going to study social processes to talk to the people who actually participate in and are affected by these processes. Recently I’ve also been doing a lot of work with “event” data, which are essentially inventories of protests, strikes, marches, etc. from particular times and places. Event data are exciting because they allow you to study the arc of a particular movement or revolution, looking at where and when protests occur, what tactics are used, what demands are raised, and how the state responds. It’s a great complement to interview data, which gives much more of the lived experience of participating in protest.

CCAS: What are your approaches to teaching?

It really depends on the topic of the course, though a big theme is teaching students how to move between deep area studies knowledge and more general theorizing on important questions or problems. So, for example, in my comparative politics course, which is a survey of different themes in the comparative politics of the Middle East, I structure the course around specific questions or problems in the literature. So rather than think about oil or political Islam or authoritarianism as topics, I push my students to think about the questions at the heart of these research agendas, and how different scholars have answered or approached these questions.

My revolutions course is obviously much more focused on a single topic. A lot of that course is oriented around learning about theories of revolution and then applying or critiquing or developing those theories using myriad historical cases from the region. Another central feature of that course is that students each become an expert on a specific revolution, and they write multiple short essays and a final research paper on their case. It’s a lot of fun, because it gives students a chance to read up intensively on one case, and then the rest of us get to learn about a bunch of revolutions that aren’t explicitly on the syllabus.

CCAS: What future projects do you have on the horizon?

A lot of my upcoming projects build on my previous work on revolutions and protest in MENA. It used to be thought that the Middle East was somewhat immune to revolution, and that protest and mobilization was rare. The Arab Spring, luckily, has done away with that notion—and even though many of these revolutions haven’t turned out as hoped, I think people are aware now that the region is awash with movements, resistance, and mobilization of various types, pushing for all manner of changes and reforms. So, there are lots of opportunities to continue doing research on this topic.

One new project that I’m working on with my Georgetown colleague Chantal Berman and our co-author Rima Majed (at the American University of Beirut) is looking at the 2019 wave of revolutionary movements in Iraq, Lebanon, Sudan, and Algeria. We’re collecting protest data from Iraq and Lebanon, and we want to use these two cases to think about what revolutionary mobilization looks like in countries that are nominally democratic (in that they do hold elections) but are otherwise deeply flawed, sectarianized, and corrupt. These are not the places where we normally expect to see revolutionary movements break out—in fact scholars even go so far as to say that democracies are immune to revolution. And yet we have actually seen a lot of revolutionary uprisings in democracies or semi-democracies in recent years – not just in MENA but also in Latin America, Eastern Europe, and the Balkans. So we want to use these cases to theorize about what revolution looks like, and how its characteristics might differ, in these contexts.

This article first appeared in the Winter/Spring 2022 CCAS Newsmagazine.