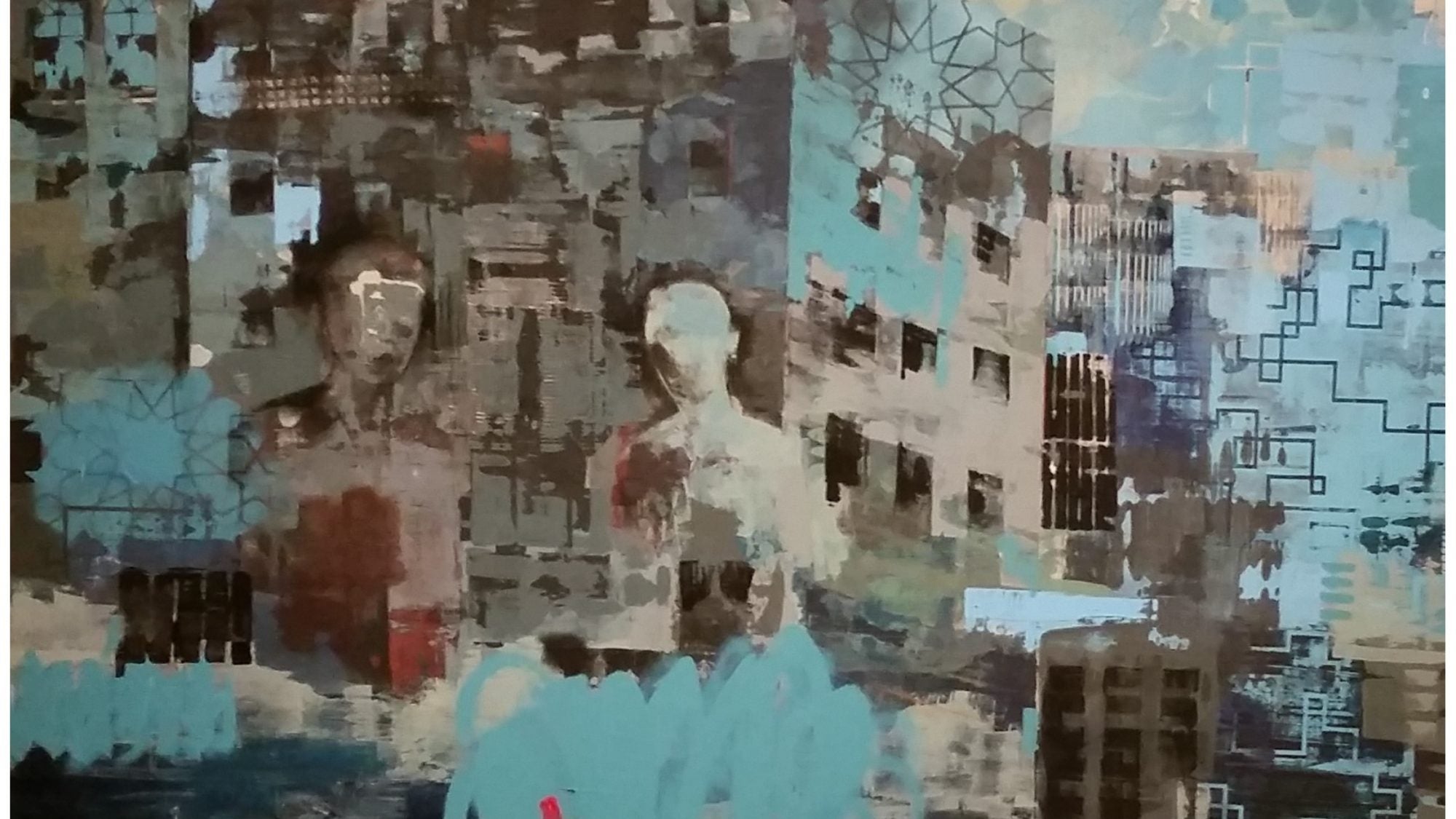 MAAS student Wissam Fakih explores how Lebanon’s triple crises—economic collapse, the port explosion, and the pandemic—have impacted the education of thousands of Syrian refugee children living in the country.*

Since the start of the Syrian uprising in 2011, Lebanon’s population has experienced a mass influx. This influx has made Lebanon home to more than 1.5 million Syrian refugees, of which 488,000 are school age. Lebanon’s Ministry of Education and Higher Education initially took a laudable leadership role in refugee education. In 2014, it established Reach All Children with Education (RACE)—with UNICEF serving as the program’s leading technical and financial partner—to ensure that vulnerable children in Lebanon, including refugees, had access to affordable education. As part of the RACE plan, public schools created “second shift” afternoon classes specifically for Syrian refugees. However, since RACE’s launch, a series of national and international calamities have upended the government’s ability to educate.

In 2019, a regulated Ponzi scheme between the Lebanese government and its central bank caused large numbers of people to lose access to their bank deposits. The resulting approximate 80% devaluation of the Lebanese lira caused massive financial losses for the population. In 2020, the COVID-19 pandemic hit the world and succeeded in paralyzing most global economies. Lebanon was among the severely impacted countries with businesses shutting down and unemployment rates surging under an already defaulted economy. And then, on August 4, 2020 at 6:07 pm, one of the world’s largest-ever, non-nuclear explosions occurred at the port of Beirut, shattering homes and businesses and causing physical damage for tens of miles beyond the capital. The explosion killed more than 200 people, left 300,000 people homeless, and damaged 70 public schools and 50 private schools in Beirut and neighboring areas. The whole country has been impacted by these back-to-back catastrophic events and the ensuing economic crisis, particularly those living near or below the poverty line. Syrian refugees have also been among the most adversely affected due to the difficult living circumstances inside unofficial camps, the exploitative practices of some employers who hire refugees illegally for extremely low wages, and their dependency on local and international aid. More importantly, Lebanon is currently witnessing a significant rise in a xenophobic ideology that blames Syrian refugees for the economic collapse, making their lives in displacement even harsher and subjecting them to constant violence and threat.

As the global pandemic spread, the Lebanese government decided to emulate the education systems of many other countries by shifting to distance learning. This decision was made despite Lebanon’s poor internet infrastructure, regular power cuts, and the widespread lack of virtual learning tools like laptops, tablets, or internet-capable phones. As a result of these deficiencies, which disproportionally affect refugees, approximately 200,000 Syrian refugee students who receive their education through RACE were effectively excluded from the Ministry of Education’s pandemic plans and lost access to education.

NGOs that supplement the Ministry’s work by supporting Syrian refugee education have achieved varying levels of success in mitigating the impact of the pandemic—depending on the support of their donors, their ability to adapt, and the closeness of their collaboration with the Ministry. For example, International Humanitarian Relief (IHR), which provides non-formal schooling, used to receive funds from international donors like the Austrian Development Agency ADA, OPEC’s Fund for International Development, and the MBC Foundation. However, organizations and individuals are no longer contributing to IHR since the economy defaulted in Lebanon. According to IHR Regional Manager Houda Atassi, the Ministry of Education refused to step in and support IHR’s education programs and also denied all of IHR’s requests for certification, which would have made their programs eligible for Ministry funding. As a result, IHR finds itself today deserted by donors and unable to create a virtual learning environment for its beneficiaries, essentially abandoning around 2,800 students in Syrian camps and leaving tens of teachers jobless.

In contrast, the Norwegian Relief Council (NRC), which works closely with the Ministry and RACE, followed a contingency plan that allowed them to migrate to a non-formal education curriculum and to provide Syrian beneficiaries living in camps with internet cards. The non-formal program was pre-approved by the Ministry and RACE to be accessible to families via smartphones using the mobile application WhatsApp. Teachers use WhatsApp to send their 2,000 students educational videos three times a week. NRC’s program has had the added benefit of enabling caretakers and parents to become more engaged with their children’s education through these learning videos, which are viewed at home.

Sawa for Development and Aid, a grassroots organization that also works closely with the Ministry and RACE offers another success story. Sawa operates through non-formal education centers in the Bekaa that provide Syrian refugees of neighboring camps with a level of education that would qualify them to transition into the public school system or vocational training programs. Following the start of the pandemic, Sawa staff created a hybrid plan to print out lessons and move their commuting budget toward financing connectivity solutions like buying internet cards in order to top off parents’ mobile phones. Sawa’s team delivers printed handouts along with internet cards for their students inside camps and ensures that they receive their online material via WhatsApp. Between Sawa and NRC, around 3,000 refugee students participating in non-formal education projects are able to still receive their education without interruption. However, almost 200,000 others who were previously beneficiaries of the RACE’s second shifts are left with no solutions.

Despite these financial challenges, RACE representative Sonya El Khoury claims that the main problem impacting the education of Syrian refugees is not the economic crisis in Lebanon. Instead, she blames the pandemic and the ramifications of the port explosion. “You would think that refugees should be a priority but they’re not. After the blast, much of the support of international donors went to NGOs for the rehab of residences or buildings,” she said. After nine years of the Syrian conflict, El Khoury explained, donors are in what she called a “state of fatigue” and are reassessing their interventions and priorities. However, a representative from NRC confirmed that they have not noticed any appreciable shifts in donor priorities. Similarly, a representative from Sawa stated that none of their funders—which include international donors and the Japanese government—have changed their levels of support. Instead, Sawa’s biggest challenge came when the banks started blocking withdrawals. Their finance team managed to open several accounts with different banks so that in case one bank blocked access to funds they would still have liquidity in another account.

The Impact of the Lira’s Devaluation

The impact of the devaluation in the local Lebanese currency is reflected in all dimensions of society. The inability of daily workers to earn a salary, mixed with price increases through the sharp devaluation of the Lebanese lira and a severely limited social welfare system, put many residents at risk of life-threatening hardship. In 2019, one kilogram of locally grown apples cost between 750 and 2000 liras. Today, the same quantity sells for 25,000 to 30,000 liras. A pack of diapers increased from 22,000 to 149,000 liras. Basic needs are now out of reach for many, including public school teachers. Conversely, the devaluing has benefited those whose salaries are still paid in U.S. dollars, like the RACE management, who receive their funds from donors through the Ministry of Finance. However, this does not include the RACE “second-shift” teachers, as they continue to be paid in lira.

In November 2020, the Ministry of Education issued an order to resume physical learning on campuses, and the morning-shift students soon resumed classes accordingly. However, the second-shift refugee students did not because their teachers went on a strike demanding that their salaries be paid in U.S. dollars like the salaries of RACE managers. RACE’s team explained that teachers’ paychecks are issued by the Ministry of Finance making it impossible to pay them in American dollars since the government budget is in local currency. Teachers were skeptical of such explanations given RACE’s dependency on foreign currency. The teachers’ negotiations failed, the teachers yielded, and second-shift students were able to commence in-person learning. However, they were on campus for only a single week before a nationwide lockdown due to COVID-19 forced everyone home again.

This situation, alongside other budget controversies, raises an array of questions about who is responsible for paying wages and how finances are structured. On top of that, such questions lead to skepticism about the RACE plan and its commitment to education, given that funds are not fulfilling their allocation purposes. This dilemma remains ongoing; teachers went on strike again from December, 2020 to March of this year. Strikes are likely to reoccur and escalate until a new government is formed and the Ministry fulfills teachers’ demands. Meanwhile, most Syrian refugee students remain under threat of being out of school.

Guaranteeing a Path to Education

In the midst of these three calamities, many government officials, organizations, and donors still prioritize their mission of aiding refugees and educating children. However, in a country with a struggling economy, there are no guarantees that funds will keep coming or that funds will be accessible in the event that banks default. As a result, Syrian refugee children are forced into further instability. A representative from Sawa confirmed that some of their students have already surrendered to the economic crisis and dropped out of school in order to work, while some female students were forced into early marriages that would save families their daughters’ expenses.

Saddling a host country with 1.5 million refugees while it is already struggling to accommodate its own population is fair to neither the refugees nor the country and its people. While experts foresaw the economic consequences of such a large human influx on a weak country like Lebanon, education programs—even those resulting from collaborations between the international community and the Lebanese government—were not able to meet their intended goals or the needs of their students. This was due, in part, to the practices of public servants at the Ministry of Education and Higher Education and the overall rooted government corruption.

To address corruption, the Ministry of Education should begin by issuing transparent annual reports about their achievements and spending, in order to show the qualitative and quantitative benefits of the RACE plan and to ensure that donor funds are used appropriately. Following that, the Ministry must consider paying second-shift teachers in U.S. dollars, not only for obvious economic reasons related to inflated living costs but also to halt the teachers’ open strike so that refugee students can return to their physical or virtual classrooms.

To address Lebanon’s surging number of COVID-19 cases, the RACE plan should migrate some of its budget to virtual learning solutions that would make it easier for refugee students to access online models. This could include placing routers inside refugee camps, providing internet cards through NGOs, or a supplying internet-capable devices to households that do not already own them. Most importantly, there must be a guaranteed and continuous path to education for Syrian refugee children. This path must be protected and monitored by the international community and any government or organization accepting responsibility for educating the next generation. Doing so is key to ensuring that every child has sustained access to the basic human right of a solid education.

Wissam Fakih is a Washington DC-based broadcast producer and a student in the MAAS program with a concentration on Women and Gender in the MENA. Her research focuses on female and child refugees, and the repositioning of media/film to provide a voice to marginalized communities.

* This article is a shortened version of a much longer research project Wissam conducted for her MAAS class “Development in the Arab World” and later published with Jadaliyya. To read her full report, including a list of sources, visit Jadaliyya.com.

This article is part of the Spring/Summer 2021 CCAS Newsmagazine, which is illustrated with art from Lebanese artists.