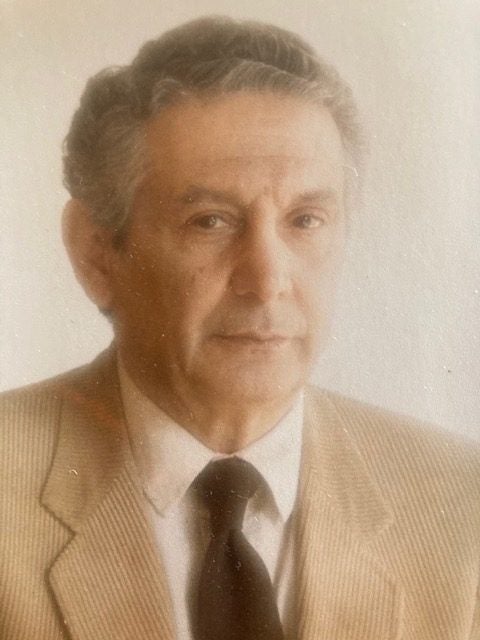 Majid F. Fakhry, PhD, born in Lebanon in 1923, passed away at the age of 98 on March 4, 2021 at Virginia Hospital Center in Arlington, Va. He is survived by his loving wife of 66 years Alice (née Shiber) and his 3 children Rima, Bassem (m. Elita) and Samir (m. Cynthia) and 3 grandchildren. Professor Fakhry earned his PhD in Philosophy from Edinburgh University in 1949 then taught at the London School of Oriental Studies, at the American University of Beirut (where he is Emeritus Professor of Philosophy and was previously Chairman of the Department of Philosophy until his retirement), at Georgetown University, at U.C.L.A. and at Princeton University, among others. He was a full-time faculty member at the Department of Philosophy at Georgetown University (1965-1967) and later taught at both the Center for Muslim-Christian Understanding and the Center for Contemporary Arab Studies at Georgetown University. He authored many books and manuscripts, including the definitive, A History of Islamic Philosophy, which has been translated into 8 languages. He was equally proud of his more recent translation of the Qur’an from his native Arabic into modern English. He had been working on a manuscript entitled Historical Encounter of Civilizations: Islam, Christianity and the West, which will be published posthumously. His wife, Alice, was by his side during his long period of illness. His daughter was also his caregiver. He will be remembered fondly by his family, his many friends and the students he enjoyed teaching for so many years. A memorial service to celebrate his life will be held later this year once circumstances permit. In lieu of flowers, donations in his honor may be sent to https://www.aub.edu.lb/