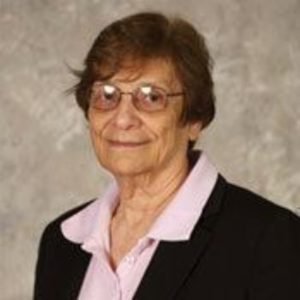 The CCAS community would like to extend our sincere congratulations and thanks to Professor Yvonne Haddad, who is retiring after two decades at Georgetown’s School of Foreign Service. As Professor of the History of Islam and Christian-Muslim Relations at Georgetown’s Prince Alwaleed Center for Muslim-Christian Understanding (ACMCU), Dr. Haddad has had a longstanding and fruitful relationship with CCAS and taught numerous MAAS students over the years.

Professor Haddad’s “record of scholarship can only be described as prolific, both in breadth and depth,” wrote SFS Dean Joel Hellman in a recent letter to the SFS community. “She has lectured around the world on a very wide range of topics on the study of Islam, Islamic movements, the role of women in Islam, and Muslim-Christian relations…And she has built on her scholarship to engage more broadly in Christian-Muslim dialogue both in the U.S. and around the world.” 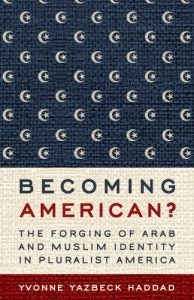 Dr. Haddad is the author or co-author of 11 books, 16 edited volumes, and more than 120 journal articles. Her most recent book, Becoming American? The Forging of Arab and Muslim Identity in Pluralist America, was published by Baylor University Press in 2012. Born in Syria, Professor Haddad spent her undergraduate career at the Beirut College for Women, and went on to earn a Master of Religious Education (MRE) from Boston University, an M.A. from the University of Wisconsin, and a Ph.D. from Hartford Seminary.

“Yvonne has been a preeminent scholar of the history and present of Muslims in the West. She brought her vast knowledge of the history of Islamic thought and practice over time and space to this field, and set it on a serious scholarly course,” said Dr. Judith Tucker, a longtime colleague of Dr. Haddad’s at CCAS and in the History Department. “A much appreciated teacher, she has also been incredibly generous in the donating of her time and knowledge to a wide public. I have always been awed by her travel schedule, and her willingness to give a seemingly endless number of talks and presentations across the country and around the world in the service of promoting better understanding of Islam and the Middle East. She has been tireless and a model of public engagement.”

In addition to her academic achievements and public service, Professor Haddad, has been a dedicated teacher and mentor to multiple generations of students. “Anyone who knows Yvonne knows her dedication,” said CCAS Director Dr. Joseph Sassoon. “On many days, she is the first to get to her office and the last to leave. “She is incredibly industrious with encyclopedic knowledge of Christian minorities in the Middle East. Yvonne’s door was always open to students and having taught a few times in her class, I witnessed how students regarded her with awe and respect.”

CCAS extends our sincere thanks to Professor Haddad for her countless contributions to the work of the Center and to the academic careers of our students. We join our colleagues around the School of Foreign Service in wishing her all the best in her future endeavors.