Title: How to Study Gender in the Middle East 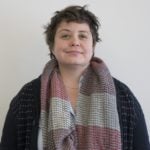 1. Gender is not the study of what is evident.

It is an analysis of how what is evident came to be, and (crucially) came to be seen as self-evident.

2. Define your object of study.

Before resolving to write about gender, sexuality, or any other practice or aspect of life, subjectivity or power in the Middle East, one must first define what exactly the object of study is. Be specific. What country, region, and time period form the background picture of your study? The terms “Middle East,” “Islamic world,” and “Arab world” do not refer to the same places, peoples, or histories, but the linkages between them are crucial. Moreover, the region has always been transnational, with the nation state being a relatively new phenomenon in much of Middle East. In order to study political economy and gender in Syria, for example, one must be aware of the regional history that has produced “Syria” to begin with, as well as phenomena such as a “national” economy or political economy.

3. A study of gender must take sexuality into account.

Likewise, studies of sexuality cannot be disarticulated from gender analysis. To do so would be akin to studying the politics and history of the Iraqi Communist Party (ICP) without reference to the ideologies, institutions, and socioeconomic policies of the Iraqi state. Gender and sexuality co-produce and stabilize each other. Both homosexuality and heterosexuality, for example, assume and reproduce a gender binary.

4. Gender is one aspect of individual and group subjectivity.

It is also just one technology of governmentality—a means of producing and regulating ties between the individual body, populations, and structures of power and quantification. Studies of politics, history, and law must take into account gender and sexuality, just as such studies must be attentive to class, race, political economy and, crucially, how all of these factors interact.

Disarticulating the body from class and gender hides that gender is not something one can be outside of. It also reaffirms the positioning of normative male political practices as somehow “unmarked” and universal. Gender is not an analytic lens that can be withheld and deployed according to the genitalia and/or sexual practices of the people being researched. When attention to gender is limited to female and/or LGBTQ people in the Middle East, it reproduces the study of gender as the study of how (other) men treat “their” women and other members of LGBTQ communities.

Sometimes a hijab is just a hijab, and sometimes it is not.

7. Do not assume that gender politics or feminist concerns come in neat and familiar packages.

Instead, allow your research to expand your view of what “feminist politics” may encompass. It could mean, for example, examining protests against neoliberal market restructuring in Egypt within a broad political framework that includes notions of gender justice. As Saba Mahmood and Lila Abu Lughod have taught us, liberal feminism`s assumptions as to what constitute “feminist politics” or “feminist causes” are flawed, at best. At worst, they are exercises in epistemological hegemony and the remaking of the world according to secular and neoliberal rights frameworks. Furthermore, do not assume that what we call the “feminist canon” is exhaustive or that it is not constituted through a series of exclusions, hierarchies, and imperial histories. After all, Simone de Beauvoir, who taught us that a woman is not born but made, also wrote in terms we now recognize as “Islamophobic” about women “under” Islam in Algeria at the time when Algeria was a French settler colony. This does not mean we should dismiss de Beauvoir, just as we do not condemn all works from Hegel or Marx because of their “views” on Africa. Rather, it is crucial to critically inhabit and navigate the reality that the western canon was, and is, constituted through the production of   “selves” and “others.”

8. I know this is hard to believe, but Islam may not be the most important factor—or even a particularly relevant factor—when studying gender in Muslim majority countries or communities.

For example, I have studied the Lebanese legal system, focusing on personal status, criminal and civil law, for years now. Despite the intricate ways that these interconnected bodies of law produce citizenship in Lebanon, whenever I discuss my work, my interlocutors invariably want to know more about sharia and its assumed “oppression” of women. These questions always come after I have carefully explained that in Lebanon certain Christian personal status laws are much more stringent in their production and regulation of normative gender roles and sexualities than codified Islamic personal status laws (which are not the same as sharia, historically speaking). In addition, civil laws have more wide reaching “gender effects” than any religious personal status law. Islam is not the only religion in the region, although it often seems to be in mainstream media coverage. Readers should question when an action such as the hitting of women by men for not conforming to “proper” gender roles is scripted in radically different terms depending on the location and the religious context, such as in ultra orthodox neighborhoods of Jerusalem versus conservative neighborhoods of Riyadh. At these moments you are not reading about Islam, you are reading within a discourse about Islam.

9. The Middle East has a long history of considering questions of gender rights.

Struggles that we now read under the sign of  “feminism” are not new to the region despite the fact that many of the laws regarded as oppressive to women and LGBTQ Arabs and/or Muslims are relatively new. They were introduced to the region via the Napoleonic code and the codification and severe hollowing out of the sharia in modern history. For example, abortion—long considered a question of women`s rights in the Western world due its twinned history with Catholicism, and Christianity more broadly—was not illegal in many Middle Eastern historical contexts until the rise of the nation state. In Lebanon, abortion became illegal under the civil and penal laws of the French Mandate. Some traditions of fiqh continue take a position on abortion that would be refreshing to many feminists fighting against conservative Christian movements for reproductive health in the United States today. Within any given legal system there are jurists who grow, debate and shrink the struggle for women’s equality and who make or remove room for gender nonconforming persons. In fact, scholars such as Paula Sanders have shown that several centuries ago Islamic jurists were developing a system of accommodation for hermaphrodites and nonbinary gendered peoples in Islamic communities. Law continues to be an important battlefield when it comes to struggles for gender equality.

10. Don’t assume that you know the actors and factors affecting gender in the Middle East, or the productive role your scholarship might play in this dynamic.

Institutions such as the IMF and Human Rights Watch have long been engaged in the production of normative heterosexuality and heterosexual families, for example. The Israeli settlement of historical Palestine also intervenes into the gendered and sexual fabric of indigenous Palestinians, as pinkwatching activists have recently reminded us. Similarly, the invasions and occupations of Iraq and Afghanistan function in part through the construction of interventionist platforms in the name of women`s and LGBTQ rights. Other factors affecting the practice of gender and sexuality in the Middle East include technological innovations such as in vitro fertilization, Viagra, and reconstructive hymen surgery, in addition to pop culture, the rapid transformation of the global economy, and the international circulation of people, discourses and goods.

Maya Mikdashi is an Assistant Professor at the Department of Women’s and Gender Studies and a lecturer in the program in Middle East Studies at Rutgers University. She holds a PhD in anthropology from Columbia University and graduated from the MAAS program in 2004.  This article was printed in the Spring 2020 issue of the CCAS Newsmagazine and first appeared in Jadaliyya on March 21, 2012.