Title: Gender and Labor in Jordan 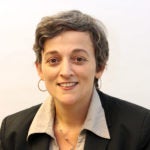 In the spring of 2011, I met several women living in student dormitories in Jordan. However, these women were not students; rather, they were single, university-educated women who had migrated from the provinces to the capital city of Amman for work. I met women such as Arwa, who first came from a small town in the south to pursue her master’s degree and was now working for an inter-national NGO and helping to support her elderly parents. Then there was Yasmin, who came to take a position as an engineer-in-training in the hopes that this would lead to regular employment. Her father paid her dormitory fees, as the stipend she received barely covered transportation and food. Tharwa, also an engineer, had been working in Amman for eight years when we met. Despite some initial struggles with her family and her employer, Tharwa was now thriving in her career and was thinking about starting her own business. The stories of female professional migration I heard were many and diverse.

The numbers of women I encountered and the distances from which they came surprised me. While it was not unheard of for women to move to Amman for work in the early 1990s—when I had previously lived in Amman—it was rare. Furthermore, most internal labor migration in earlier decades consisted of educated women from urban areas going to rural areas to teach in Jordan’s growing educational sector. What had changed to allow these women greater mobility? Why were families willing to allow young women to go off to the capital to pursue careers even when their salaries barely covered living expenses, if at all? What hopes and aspirations do these young women bring with them to Amman? What challenges do they face in the city? Where do they hope to go from there?

My manuscript Using My Education: Female Labor Migration in Jordan and Shifting Gender Dynamics takes the narrative of women who migrate to Amman for labor as its starting point. It draws on their stories to illuminate how dramatic demographic and socioeconomic shifts within Jordan have shaped particular lives, and how a group of young educated women have worked to take ad-vantage of these shifts. Building on 12 years of ethnographic research in Jordan and extensive interviews with tens of women, as well as family members, the book analyzes the effects of developments such as expanded educational opportunities, urbanization, privatization and the restructuring of the labor market on women’s life trajectories, gender roles, the institution of marriage, and kinship relations. Their experiences are an important contribution to a broader literature on rural-urban female labor migration, which has tended to focus on women migrating for work in factories or as domestic laborers.

The women who are at the center of Using My Education are university educated, overwhelmingly employed in the private sector, and migrate from “under-developed” regions of Jordan to the capital to pursue professional employment. This increase in female mobility, with the support and sometimes encouragement of families, reflects a significant shift in gendered expectations in Jordan as typically women rarely live apart from their families before marrying. My research shows that the motivation for this migration is not always or entirely economic, but also stems from family and personal aspirations, recent family and personal histories, and perceived marriage opportunities.

Drawing on the experiences of these young women, as well as extensive analysis of broader socioeconomic and demographic shifts, Using My Education puts forth three key arguments. First, the trajectories of these women point to the ways in which educational structures can act as both facilitators and obstacles to labor force entry, and shape individual calculations about desirable forms of labor. A rigid tracking system in the Jordanian public-school system acts to predetermine educational and career pathways for young people early in their educational lives. For the young women in my sample, who have been largely successful as students, these structures have created opportunities for women in fields such as engineering and computer science, fields that continue to face significant gender imbalances in the West. In addition to tracking, entry into these fields is facilitated by cultural norms that do not mark the study of math and science as gendered fields more suitable to men, as has been the case in the United States for example. Nearly three quarters of the women interviewed work in engineering, medicine or IT-related fields. While educational structures and cultural norms produce opportunities for women, especially in STEM fields, growing educational inequalities may limit these opportunities in years to come, as disparities in educational quality are most stark along geographic and class lines in Jordan, as they are elsewhere.

Second, the migration of these women points to the broader issue of geographic disparities in economic development in Jordan and its gendered manifestations. In the communities from which the young women migrate, university-educated men and women have fewer employment opportunities and thus must commute or migrate to the capital for work. The jobs that are available are public sector ones, which have traditionally been favored by women and their families. However, the women profiled here are working in the private sector, reflecting a broader trend among single, university-educated youth in Jordan. Provincial neglect plays out in complicated ways in the experiences of these women, affecting both how they are perceived and treated in Amman, and how they them-selves come to view their own home communities.

Finally, and most importantly in terms of this book’s contributions, the ethnographic research will highlight the limits of the dominant analytics used to measure the significance of education and work for women and for the transformation of gender relations. Although economic imperatives provide a partial explanation for the labor migration of these women, they do not fully account for the motivations or the effects of this trend. Concerns about a marriage crisis, as well as the status that certain forms of education and professions accrue to women and their relatives are all part of the equation. Using My Education also reveals the significance of personal narratives of neoliberal forms of progress, as well as the drive and ambition of women who desire, and view themselves as deserving of, “something more.” For women who stay in Amman for longer periods, and face the prospects of remaining single, what that something more is becomes less clear and the benefits of migration less certain.

The women profiled in this book work to fashion their own visions of what a successful trajectory can look like given the contexts they find themselves in, a context that has been shaped by the powerful forces of education and development, neoliberalism and gender. But in their own lives, they too are powerful—forging new ways of being a woman in Jordan and reminding us that there are always many ways of doing gender (Ortner 1996). In this sense, this book and the narratives of these young women provide critical insights into the practice of gender in ways that are at times overlooked in more policy-oriented research on women and labor in the Arab world.

Dr. Fida Adely is Associate Professor of Anthropology, the Clovis and Hala Salaam Maksoud Chair in Arab Studies, and Director of the Master of Arts in Arab Studies program at CCAS. She is author of Gendered Paradoxes: Educating Jordanian Women in Nation, Faith, and Progress. Dr. Adely is currently finalizing the manuscript discussed above for publication.

This article appeared in the Spring 2020 issue of the CCAS Newsmagazine.