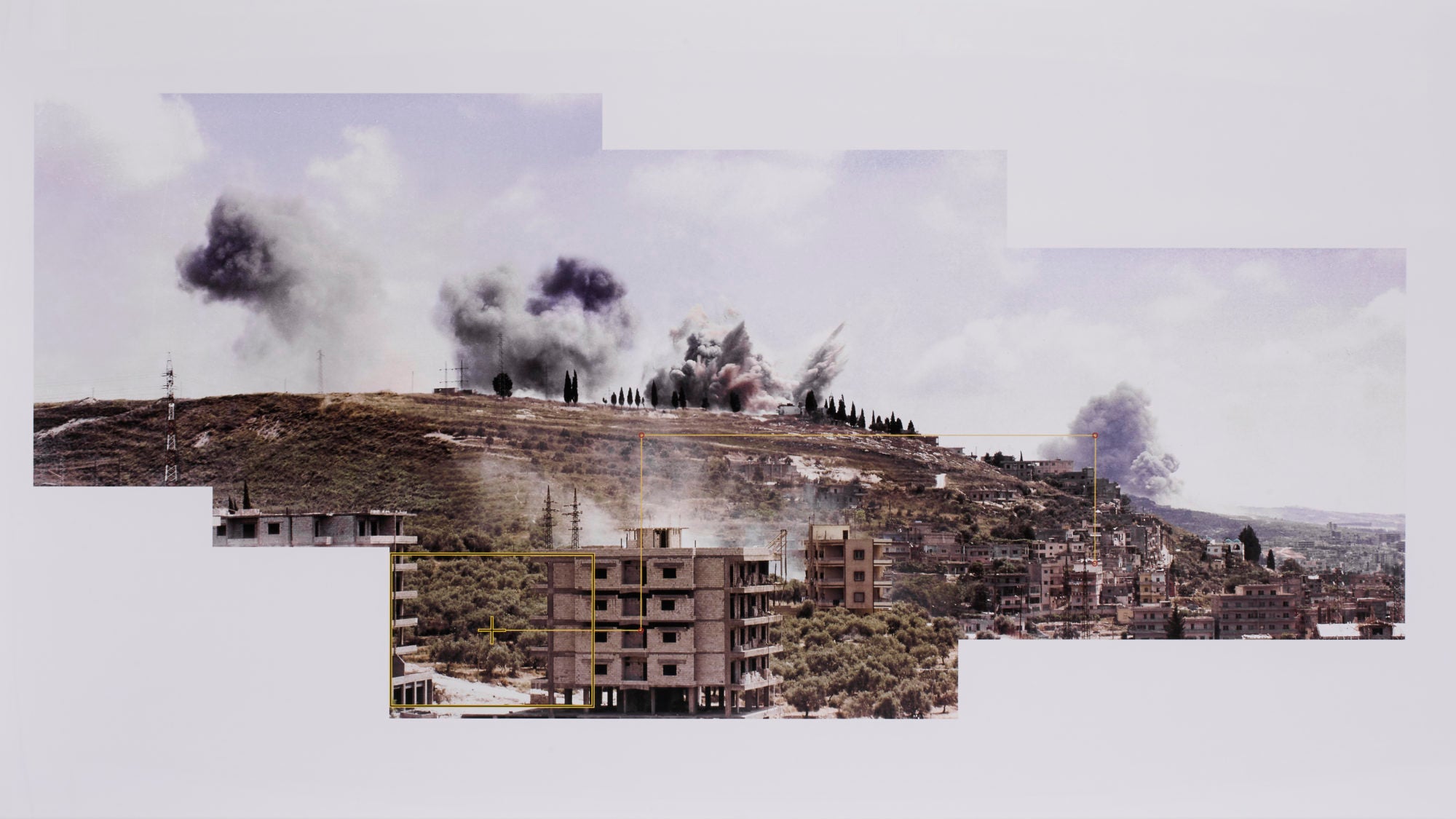 Over the past few decades, a new narrative has emerged that seeks to link climate change with political and social unrest. This idea of a climate-conflict nexus is similar to the “water wars” scenario of the 1990s, in which the media and some scholars predicted that water scarcity would be the major driver of inter-state conflict in the twenty-first century. More recently, this climate-conflict narrative has been applied to the Syrian case. According to this logic, climate change caused the 2006-2010 drought in Syria, the drought caused agricultural failure, agricultural failure caused poverty, and the resulting displacement and discontent culminated with the 2011 uprising. My forthcoming book, The Origins of the Syrian Conflict: Climate Change and Human Security (Cambridge University Press, spring 2020) questions this line of reasoning, arguing that government policies were at the heart of Syria’s vulnerabilities in the buildup to the uprising. Although global warming is real and international action is urgently needed, climate change was not what was at the forefront of the minds of Syrians in 2011. Instead, most people were focused on a moral ideal: the end of repression and injustice.

My book draws on extensive field research and my own background as a Syrian scholar
to present primary interviews with officials and citizens, activists, and refugees, as well as the research of in-country Syrian experts, to provide unique insight into Syria’s environmental, economic, and social vulnerabilities leading up to the 2011 uprising. In doing so, I identify the ideological and policy drivers of human insecurity that impacted Syria’s water and food security. I explore how the policy decisions of the Syrian government under Hafez al-Assad and Bashar al-Assad significantly contributed to the vulnerability of the rural population in the decades that preceded the uprisings of 2011. Long-term pressures on water and food security were playing out in a context of intensive irrigation, increased poverty, low wages, high unemployment, and rising corruption. My analytic comparison of data from two different periods of drought (1998-2001 and 2006-2010)—which draws on information from official government reports, international scholars and organizations, interviews with Syrian experts, and policymakers—supports the claim that climate change alone was not the cause of food and water insecurity. The book concludes that political and socio-economic factors were ultimately more important than a climate-induced drought in the build-up to the uprising, a lesson that may find application in other case studies on the interaction between climate change and human insecurity.

I reach these conclusions by designing an innovative multi-disciplinary framework called
Human Environmental Climate Security (HECS), which builds on a critical environmental
security perspective to consider the role of economic and sociopolitical factors in the 2011
uprising. This framework seeks to move beyond deterministic narratives that focus on population growth and resource depletion and reinforce notions of the core-periphery divide. Instead, the HECS framework positions vulnerability and sustainability at the center of environmental and climate risk. It defines climate security as a series of threats and vulnerabilities posed not only by variation in climate conditions but also by political decisions that impact human and ecological life. Working in connection with the concept of vulnerability, resilience is a critical component of a community’s susceptibility to climate insecurity, but in Syria, resilience was relatively low due to poor governance and institutional weaknesses.

The Path to Vulnerability

Water resources have determined the rise and fall of great civilizations in the region, as
well as the development of rules and norms that have framed local practices around water sharing. Due to Syria’s arid environment and dependence on agriculture, water has been subject to legislation for as long as the country has had agriculture. Local norms were often based on Islamic legal principles and were not codified until the late 19th and early 20th century introduction of modern legislation—though these laws themselves were often inspired by prevailing local mores. The norms surrounding water use and sharing during early Islam included what would be considered best practices in sustainability and social-justice today: ensuring that water was accessible to all and practicing water usage that avoided environmental degradation. These customs were passed into law following Syria’s independence, but in the 1960s, the government began shifting away from these ideals until they were no longer upheld.

Promising food security was one way that new Ba’athist elites of the 1960s established legitimacy in their rural constituencies, and fulfilling their promises required new agricultural and economic policies. The “Rural Contract” led to the intensification of land reclamations starting in 1958. Under Hafez al-Assad’s Ba’athist regime (1970-2000), the government collectivized agriculture. Agrarian reforms enhanced living conditions in the countryside but came at the expense of sustainable water use. Large-scale irrigation in rural areas depleted groundwater resources and degraded soil quality, ultimately resulting in human insecurity in the form of land tenure disputes and population displacement. Beyond the economic costs to the government’s water management approach, there were also social costs, such as the forced relocation of local populations due to intensive dam construction. Additionally, land reform policies that furthered Arabization, such as the “Arab Belt” policy, excluded Syrian Kurds from agricultural gains during the second half of the 20th century. Ba’athist preferences also led to the implementation of water, food, and fuel subsidies that distorted market prices.

De-collectivization started early under Hafez al-Assad but intensified when his son
Bashar gained power in 2000. Liberalization policies of the 1970s through 1990s aimed to increase the role of the private sector—including in the provision of welfare services—by introducing market mechanisms, limiting the role of state intervention, offering a place in decision-making to business elites rather than trade unions and other corporations, and increasing privatization while keeping public ownership. In 2005, a major ideological shift occurred with the introduction of the Social Market Economy (SME), which aimed to model Syria’s economic transition on that of Germany following World War II. Under Bashar al-Assad, the regime tried to cater to urban businessmen and neoliberal international organizations like the World Bank and the International Monetary Fund (IMF) by cutting key food and fuel subsidies and removing safety nets for farmers. While the state did follow IMF recommendations for subsidy reform, it did not do so gradually—as advised. These new policies coincided with a historically severe drought, cutting subsidies at a time when farmers needed support more than ever. The governorates of Hassake, Deir ez-Zor, and Raqqa were particularly vulnerable because of unusually high levels of poverty and unemployment and a high dependence on the agricultural sector. By the time the major drought of 2006-2010 hit, the population of these governorates exhibited high environmental, economic, and social vulnerability and low resilience, setting the stage for a crisis.

By 2010, it was clear to renowned Syrian economists, water engineers, agricultural experts and others involved in the Syrian Association for Economic Sciences that the neoliberal reforms had not been as successful. The SME was ineffective in terms of agricultural production, social welfare, employment, competition, crisis management, corruption, migration, and poverty, particularly during droughts. In the early 2000s, it was estimated that 200 billion lira were lost to corruption every year, amounting to between 20 and 40 percent of GDP.

The stress on water and agricultural resources aggravated human insecurity and became difficult to reverse. A certain path of dependency had set in. In 2009, the government attempted to reinstate some of the subsidies to severely affected agricultural communities but failed because the community had already dispersed due to the drought.

Today, Syrians continue to mourn over one of the most tragic episodes of their history. The war has intensified patterns of human insecurity that began during the previous decade: drastic regional disparities in the northeastern provinces and increased corruption with new networks of profit derived from war economies, entrenched political and economic domination by the military and security services, as well as profits generated by businessmen living inside and outside of the country. Rather than building intrinsic resilience, the current post-war reconstruction phase is paving the way for regime resilience based on structural inequalities and the broader population’s increased vulnerability—particularly that of refugees who have no choice but to return home under politically unsafe conditions.

This analysis, detailed in my forthcoming book, allows for an understanding of security that considers the deterioration of natural resources as a clear and present threat to human security. It reveals the potential role of policy solutions in limiting the consequences of droughts on vulnerable populations. In the case of Syria, particularly effective policies could consist of targeted agricultural subsidies, the elimination of corruption, job creation, and civil-society development initiatives in rural communities, especially in the northeast. This framework seeks not only to focus on vulnerable populations, but also to outline unequal power structures that cause or encourage human suffering. Where environmentally deterministic narratives remove people’s agency by placing it in the hands of external developments, this book gives them a voice.

A personal endnote: Several past and current graduate students of CCAS, as well as BSFS undergraduate researchers, have been an important part of this journey. Their outstanding research skills, keen interest in my project and renewed enthusiasm contributed at various times and stages to turn a mere idea into a book. I warmly thank all of the following: Ghazi Ben Hamid Al-Sharif, David Bagley, Caris Boegl, Agathe Christien, Ryan Folio, Helen Lunsmann, Laura Pedersen, Jonathan Thrall, Jacob Uzman, and, in the crucial last stages of completion, Eliza Campbell, Juliette Leader and Bushra Shaikh whose commitment and rigor have been instrumental. All the students enrolled in my courses “Environmental Security and Conflict” and “Politics of Water” have contributed to shaping this intellectual process with their insightful comments, critiques, and questions.

Dr. Marwa Daoudy is Assistant Professor of International Relations at CCAS. This article was originally published in the Fall 2019 issue of the CCAS Newsmagazine.