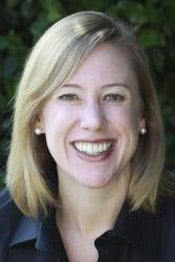 On October 10, MAAS alum Jennifer L. Derr, Associate Professor of History at the University of California, Santa Cruz, came to CCAS to speak with students in Prof. Judith Tucker’s “History of the Middle East” class and give a public talk on her recently published book, The Lived Nile: Environment, Disease and Material Colonial Economy in Egypt (Stanford University Press, 2019). Based on years of research that Derr conducted in Egypt, the United Kingdom, France, and the United States, the book approaches political economy from the vantage point of environmental history. It argues that the Nile is not a singular entity, but a realm of practice and a set of temporally, spatially, and materially specific relations that structured experiences of colonial economy in nineteenth and early twentieth-century Egypt. 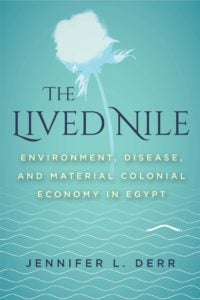 For people who have not heard of the book, how would you describe the thesis of The Lived Nile?

Derr: The Lived Nile is an argument that we need to think about the environment when we consider questions of political economy. In the book, I demonstrate how our relationships with the material environment are important to what we know and how we understand ourselves as subjects. The Lived Nile traces the stories of engineers, physicians, cultivators, scientists, and colonial capitalists who understand their positions in the world in part through the character of their relations with the Nile River.

What was the book-writing process like and what surprised you?

Derr: Historians often reference the quote from L.P. Hartley that, “The past is a foreign country: They do things differently there.” In our work, we try to be mindful that we cannot treat the past as an extension of what we know, but must approach it with fresh eyes and an open mind. Despite my deep belief in this approach to historical methodology, I am very aware that the approach that animates my work continues to be relevant in the present. Whether we speak of global climate change or local environmental threats, the relationships among capitalism, environmental change, and the health persist.

The Lived Nile is about environmental history in Egypt, but also so much more. Why do you think people who would not normally be drawn to read about the environment can benefit from reading the book?

Derr: When I describe the book and what I do more broadly, it is a challenge. My scholarship does not fit neatly within a single field but rather lies at the intersection of environmental history, political economy, the history of science, and the history of medicine. I see the environment and questions of materiality as central to a wide range of historical questions that include the history of the economy, the production of scientific thought, the outbreak of disease, and the emergence of ideas and practices surrounding health. One of my goals for the book was to move the environment out of the traditional realm of environmental history and make an argument for the significance of materiality in the other fields in which I work. While the project sounds complex, it was motivated by the objective to erase a set of divisions that separate historical fields from one another in order to craft a narrative that was in tune with how people in history have experienced the worlds in which they moved.